Showing posts from December, 2010
Show all 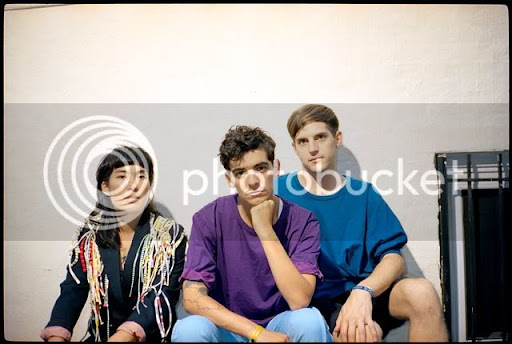 Brooklyn based band Men, is the new musical project of JD Samson, from Le Tigre as well as Peaches' band, along with Michael O'Neill and Ginger Takahashi, both from Ladybug Transistor. Blending dance music with social and political issues, Talk About Body is Men's debut. Here, JD gives some background into the band known as Men.


1. What was the motivation in starting the band?

i just didn't want to stop making music. i had all these ideas in my head about new ways to do things sonically and what kind of a space i wanted to create with my art. so once i met the right people to do that with, i tried to build and build until i got to a place of feeling safe enough to put it out into the world.

the band began as a dj project/ remix team/ and original music project that was comprised of me and jo from le tigre. i was also working with ginger and michael and emily on another project called hirsute. the two bands kind of got married …
Post a Comment
Read more
More posts