Showing posts from February, 2010
Show all

Jason Boesel, is the drummer for the likes of Rilo Kiley, Bright Eyes, and Conor Oberst and The Mystic Valley Band. Now he is guitarist and singer for his self titled solo project. The music weaves in and out with some resemblances to the bands he has previously worked with, while straying away very naturally into his own sound. There are songs that remind you of sitting on the beach and songs that would fit nicely on a road trip. Here, Jason was kind enough to explain a bit about the process leading up to the making of 'Hustler's Son.'


1. How did this solo project come about?

I started writing songs a while ago. After playing them for friends and being encouraged, I started to set my sites on recording a record. I did it!


2. How would you explain the difference between working solo as opposed to working with a band?

Well, there's no one else to put up with. There's also no once else to help. No one to count on but yourself. If the song sucks, ther…
Post a Comment
Read more 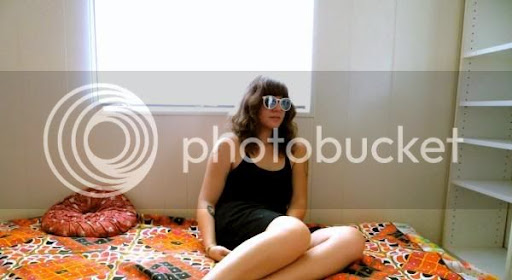 Based out of Los Angeles, Best Coast is Bethany Cosentino and Bobb Bruno. Blending vintage sounds of the 50's & 60's and girl group tones, creating the setting for a sunny, lazy day at the beach type vibe, Best Coast's music is highly mellow and laid back. Here, Bethany describes some of the things that make up Best Coast.


1. Is the full length completely finished being recorded...and what was that process like?

Yeah we finished all of the tracking in like a week and a half. It was really stressful and tiring, especially because we had such a short amount of time—but it was really fun, and probably one of the coolest experiences I have ever had in my life.


2. How would you describe Best Coast to someone unfamiliar with the music?

I think I said once “it’s like stoned love letters to an imaginary boyfriend” which is basically true.


3. Being in other bands before, how do you feel that has helped with this band?